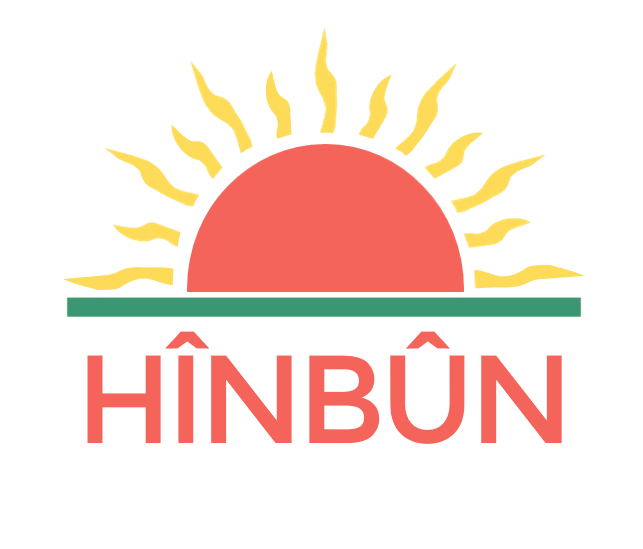 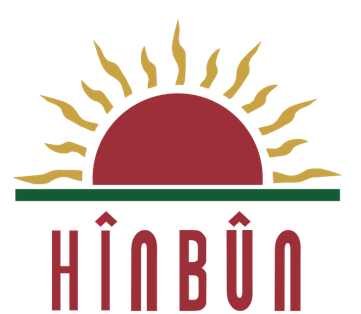 International day for the Elimination of Violence against Women

Two days there was sewing, drawing and laminating at HÎNBÛN. Traditionally, all district women‘s projects, women’s committee and the women’s representative met at the town hall Spandau on 25th November 2020 well equipped with straps, banners, flags and signs. They wanted to speak out against violence against women together. 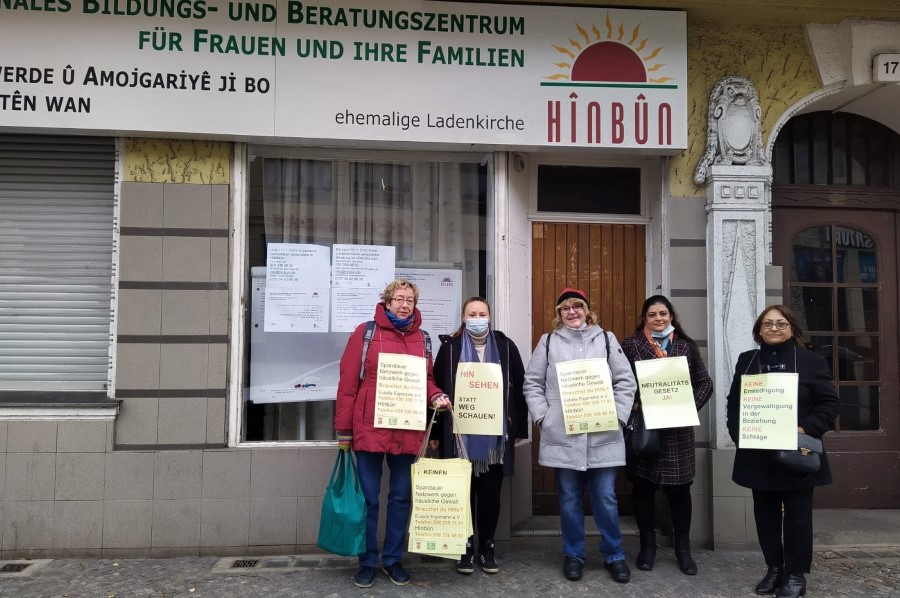 Together with representatives of politics and district’s administration, city councillors and mayor they “nailed one’s colours to the mast“. There were speeches from the heads of both women centers of Spandau Eulalia Eigensinn e.V. and HÎNBÛN as well as from the politicians Gollaleh Ahmadi (Green Party Spandau) and Helin Evrim Sommer (Member of German federal parliament, Left Party).

In the end, district mayor Helmut Kleebank appealed on this occasion to men not only to reflect their own behaviour but to interfere when someone crosses boundaries in their environment.

The international memorial day origins from the murder of the Mirabal sisters. They resisted dictatorship in the Dominican Republic and were murdered on the 25th November 1960 after being tortured for month and raped. Since 1981 the 25th of November is used internationally to problematize the extent and types of violence against women and to point out achievements but also the lack of action when it comes to intervention against violence against women.

How did it look like? Please, take a look at our photo gallery: 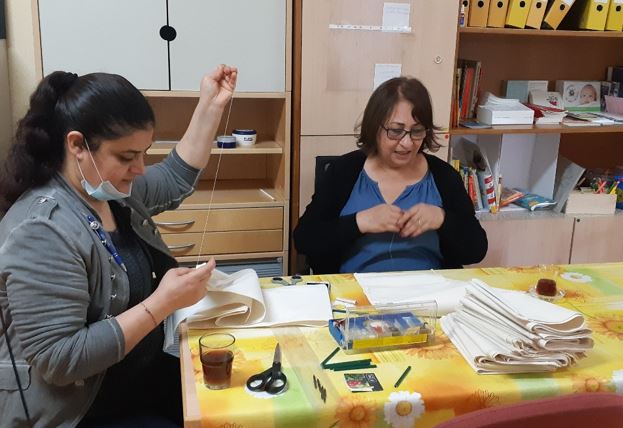 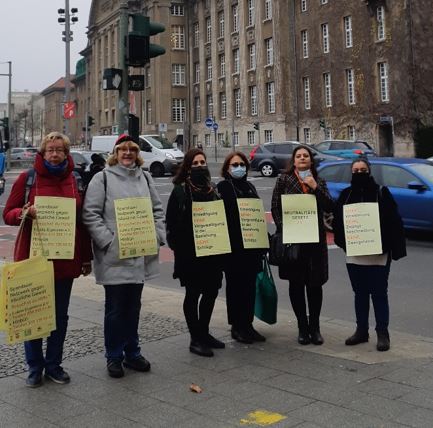 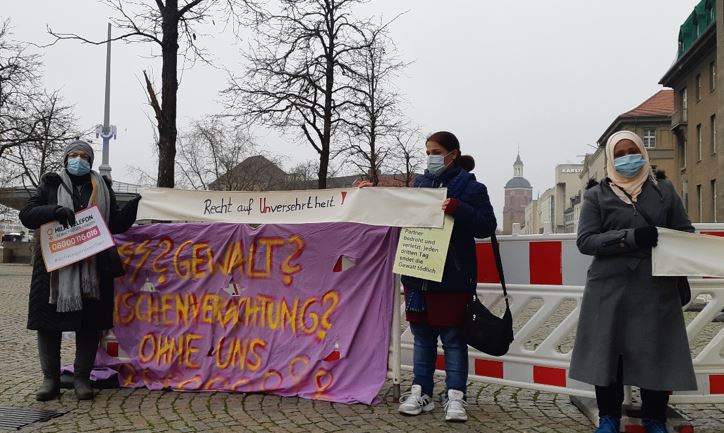 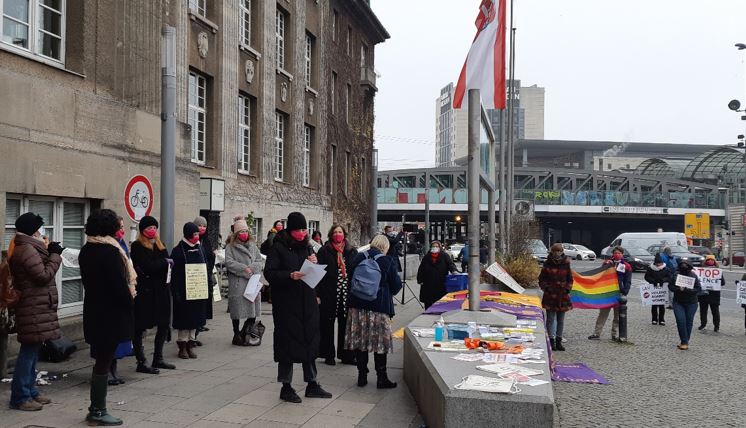 Back to the overview.

These highlights may interest
you as well…

For the 40ies anniversary, after a fresh coat of paint for all rooms, a new design of HÎNBÛN’s website has its turn. But how can a virtual HÎNBÛN look like? Together with longtime

Seminar: exchange about working with refugees

In October 2020 a three-day seminar trip to Neuenkirchen took place. Neuenkirchen was chosen because it is in a nature reserve and therefore garantees a calm environment. Here, participants of the seminar were

International day for the Elimination of Violence against Women

Two days there was sewing, drawing and laminating at HÎNBÛN. Traditionally, all district women‘s projects, women’s committee and the women’s representative met at the town hall Spandau on 25th November 2020 well equipped

HÎNBÛN “makes a pilgrimage“ through Spandau

On the new pilgrim’s path of Spandau’s church district one can make a pilgrimage criss-cross through Spandau. But making a pilgrimage is more than just walking or hiking. It is a wish for